[EDIT: Since the publication of this post, Kevin Gosling, Director of Communications at the Britten-Pears Foundation, has responded. You can read his response here.]

[NEW EDIT: When I originally posted this, I omitted information about Peter Righton’s lover Richard Alston, as he was awaiting trial for offences against children. Since this has happened and Alston has been found guilty (see the reports from the trial here), I am now including more information about the references to Alston in Donald Mitchell’s book. There is more to be established about the precise nature of the relationship between Alston and Mitchell.]

I am publishing on here some information communicated to me by Tom Watson MP’s source on Peter Righton and networks of child abusers, which led to the infamous question from Watson to the Prime Minister on October 24th 2012 in which Watson identified a high-level paedophile ring linked to the aide of a former Prime Minister and thus to 10 Downing Street. Watson’s source is a former child protection officer who currently does not wish to be identified by name, but was involved in the investigations into leading paedophile and key Paedophile Information Exchange (PIE) member Righton (on whom, see this documentary, this article in the Mirror, this Guardian article by Nick Davies, this article by Liz Davies, this article by Christian Wolmar, and the series of articles to be found on the Spotlight and Needle blogs). .

As detailed by Watson himself, after Righton’s 1992 conviction on child pornography, he moved to live in a cottage on the estate of the eighth Lord Henniker, in Thornham Magna, North Suffolk, and was allowed to use the estate for special holidays for vulnerable children from Islington (at the very time when there was an epidemic of child abuse in Islington care homes – see here and here for vital material from the journalist Eileen Fairweather and former social worker Liz Davies (now Reader at London Metropolitan University) who brought the scandal to public attention). The Chief Constable of Suffolk visited Henniker personally to warn him that Righton was a career paedophile, but he ignored this advice, and Righton was able to continue hosting children on the estate until his death in 2008. Just this week one man has spoken out about his experiences being trafficked around the country to be abused by strangers whilst in the Suffolk care system, and named Righton as part of the operation.

The important information is the following: in Righton’s diaries, he frequently referred to Benjamin Britten, Peter Pears and Michael Davidson as ‘fellow boy-lovers’, and also spoke of how important to him (Righton) were their get-togethers at Snape Maltings. Both Richard Alston and Peter Righton is also thanked in the preface to Donald Mitchell’s book Britten and Auden in the Thirties: The Year 1936: The T.S. Eliot Memorial Lectures delivered in the University of Kent at Canterbury in November 1979 (London: Faber, 1981):

I am much indebted to Richard Alston without whose dedicated editorial assistance I should have found it difficult to see this revised edition through the press. [….] and to Peter Righton for correcting proofs.

Righton is also listed as a translator of some text in Mitchell’s facsimile edition of Mahler’s Seventh Symphony (Amsterdam: Rosbeek Publishers, 1995), and of some of Donald Mitchell and Andrew Nicholson (eds), The Mahler Companion (Oxford: Oxford University Press, 1999). Mitchell was very close to Britten, edited the first major study of his work, Benjamin Britten : a commentary on his works from a group of specialists (London: Rockliff, 1952), and later became Britten’s principal publisher at Faber Music, becoming a senior trustee of the Britten-Pears Foundation after Britten’s death in 1976. He has also been general editor of the major collections of Britten’s letters and diaries published by Faber & Faber.

As I mentioned in my earlier article on Clifford Hindley, various biographers, including the late Humphrey Carpenter in his Benjamin Britten: A Biography (London: Faber & Faber, 1992), John Bridcut in Britten’s Children (London: Faber & Faber, 2006), and Paul Kildea in Benjamin Britten: A Life in the Twentieth Century (London: Allen Lane, 2013) have investigated at some length whether there was anything untoward in Britten’s relationships with the numerous boys with whom he worked for performances of his operas, works of children’s choirs, and so on. Only a small amount of evidence has been uncovered of any exploitation through enactment of these desires, including the testimony of Harry Morris, who did accuse Britten of abuse (see Bridcut, Britten’s Children, pp. 46-53), and also various accounts chronicled by Bridcut of naked swimming and sharing of beds with boys aged as young as 11.

There is no question about the proclivities or activities of journalist Michael Davidson (1897-1976). His 1962 autobiography The World, The Flesh and Myself (London: Arthur Barker, 1962) begins with the line ‘This is the life story of a lover of boys’, whilst his later memoir Some Boys (London: David Bruce & Watson, 1972) is nothing less than a stomach-churning account of international child sex tourism and assault, presented quite shamelessly. Below I reproduce scanned copies of the chapter of the book dealing with London. Davidson’s brother-in-law Christopher Southward taught violin at Gresham School, in the music department run by Walter Greatorex, who taught Britten at the school; Greatorex introduced the 26-year old Davidson to the then 16-year old W.H. Auden (Neil Powell, Benjamin Britten: A Life for Music (London: Hutchinson, 2013), pp. 29-31).

There is other information I am not in a position to print here for legal reasons; furthermore the information from Righton’s diaries of course constitutes claims rather than yet-proven allegations. The possibility that Britten and Pears were part of Righton’s circle (and thus perhaps also to other members of PIE) does not in itself prove anything, but undoubtedly this needs to be investigated, together with the meetings in Snape Maltings. But in order to help get to the bottom of the networks of abusers who have corrupted British society and childhood for decades, I would implore anyone with further information on the connections between and activities of Righton, Britten, Pears and Davidson to come forward if they feel ready to do so (I am happy to let anyone know by private e-mail – ian@ianpace.com – police or other contacts to whom they could speak).

I will add further information at a later date. 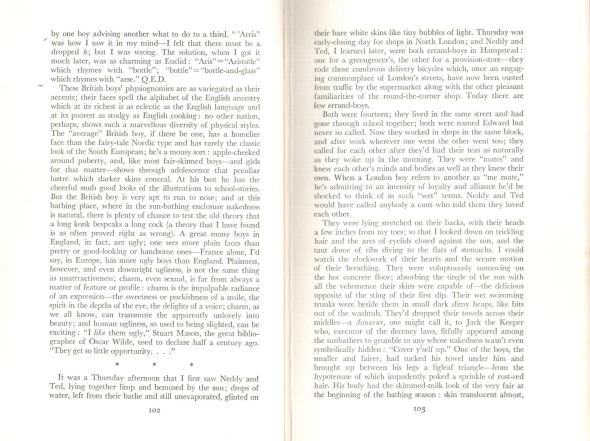 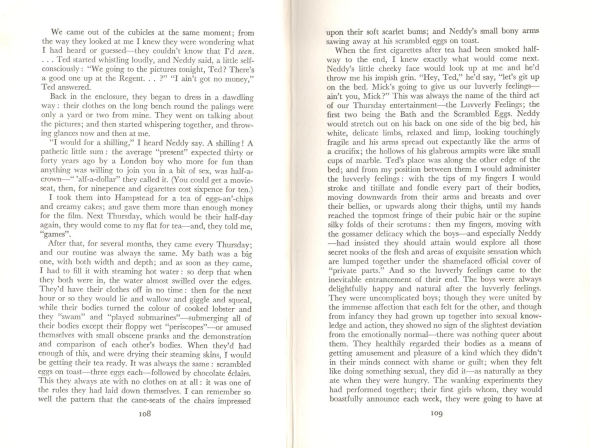 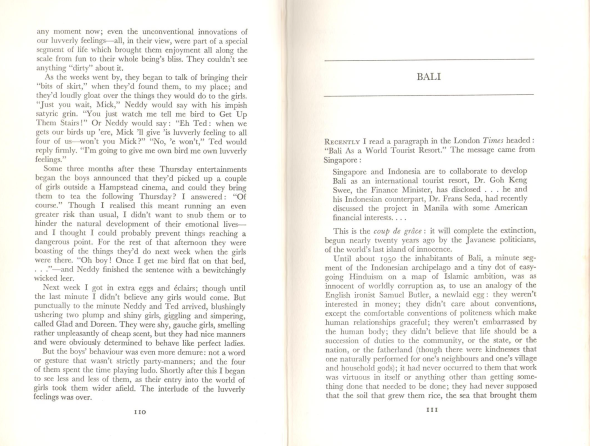