Writing some of these blog posts is in many ways a discovery for me, and sometimes involves laying down pointers to work about which I have read interesting things, but not read itself (but intend to do so). Reading poetry in translation is always problematic, but I am struck by the following poem, ‘Gece otobüsü/Night Bus’ by Turkish-Cypriot Mehmet Yaşın (b. 1956), translated by Taner Baybars:

Women were lying with horrible knife wounds
the bus drove on without stopping
those living on the floors above
had bolted their doors to the screams below.

I watched the same reel, shivering lightly
night after night,
secretly learning my part every day,
and I waited my turn
to see my own face on the screen,
I’ve paid the entrance fee to enter myself.

The night kissed him on the brow, on the lips,
opened the door and ushered him to his seat,
— neither man, nor woman —
mass produced dollies to tickle the flesh
blood-red drinks in hand
went round and round the house of lust.

They asked us who we were, but we forgot our names,
we had been severed from ourselves
by horses with dark wings…
The night changed our clothes
and fastened sequins on our hair
then carried us off to a sunken land.

Women were lying with horrible knife wounds
and the bus drove on without stopping.

Other poetry of Yaşın in translation can be read here.

Equally worth checking out in translation is Greek-Cypriot Kyriakos Charalambides (b. 1940). Here is a 1989 poem of his, taken from this blog which contains a range of translations and links:

CHILD WITH A PHOTOGRAPH

He was amid a crowd screaming chants
and he was holding it upside down; it troubled me.

I approach him bypassing signs
of loved ones or arcs and voices
frozen in time and all completely inert.

The photograph bore some resemblance to his father.
I set it straight, and still I saw
the missing man with his head upside down.

Just like the king, the jack and the queen,
which, seen upturned, are found to be straight,
this man, as well, when looked at straight,
turns upside down and stares.

Many of Charalambides’ poems have been translated into English, some of them published by Dionysia Press.

An example of something I would like to read, but have not yet, would be the novel Üzgün Kızların Gizli Tarihi/The Secret History of the Sad Girls, about an affair between a Greek-Cypriot man and a Turkish-Cypriot woman, written by Turkish-Cypriot writer Neşe Yaşın (b. 1959). It appears as if a translation is at least underway. 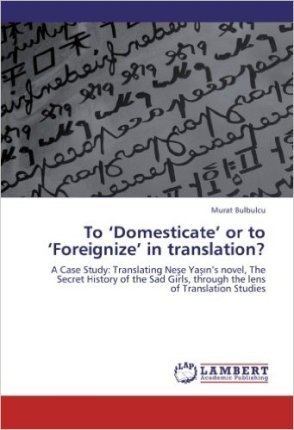 Yaşın has apparently been attacked in the right-wing Turkish press for this book, called a ‘traitor and prostitute’ – more details can be read here. I cannot say any more about the book, but will also point to a small and striking selection of Yaşın’s  poetry in English translation here.

Also of great potential interest is the work of Greek-Cypriot writer Panos Ioannides (b. 1935), much of whose work has been widely translated into many languages. Here is a short review of the collection Gregory and other Stories, published in English in 2014. 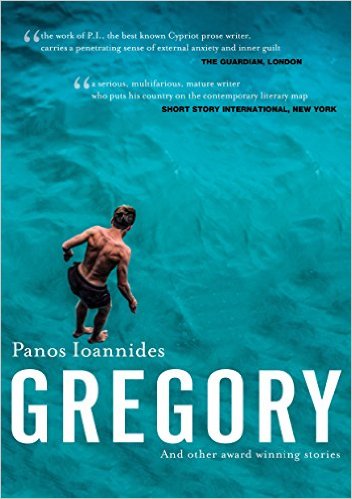 The Nicosia-born poet Christodoulos Makris (b. 1971) moved to live and work in the UK. Here is a very interesting interview following the publication of his collection The Architecture of Chance, speaking of issues of language, languages (and the model of Beckett as a multilingual writer), form and his relationship to his home country, and here is Makris’s blog. 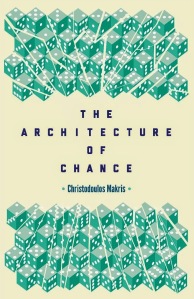 A paper by Petro Phokaides suggests that architectural modernism came to Cyprus in the 1930s, but gained a new symbolic value after independence in 1960. Here are some notable examples he gives: 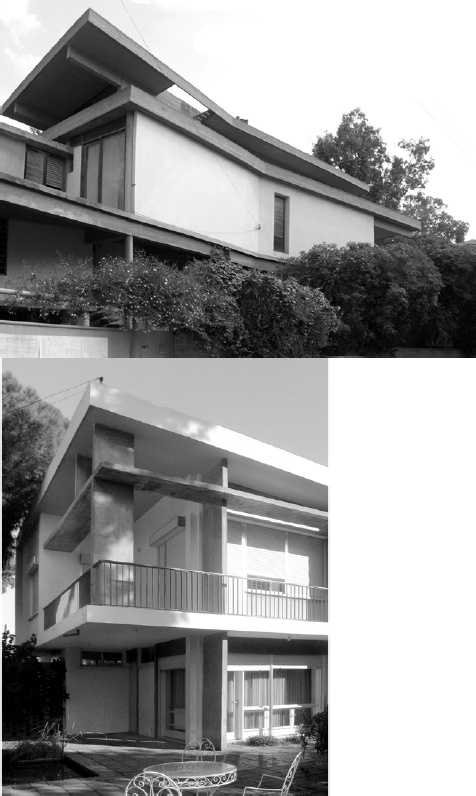 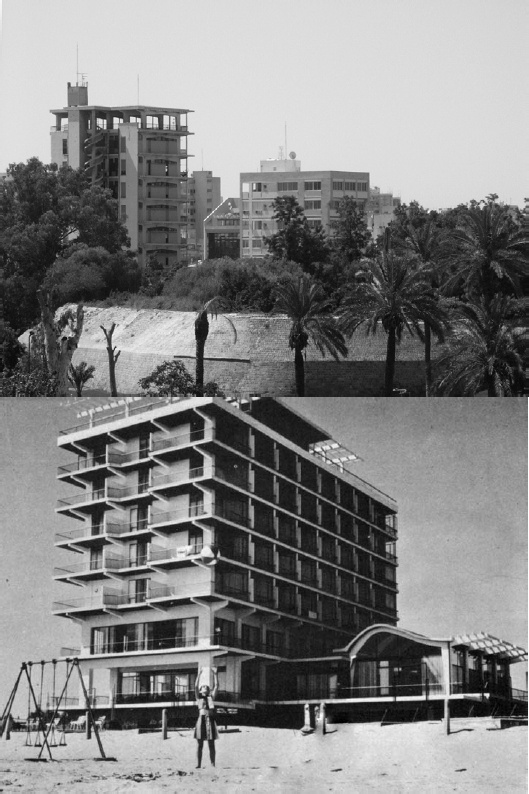 A composer who also studied architecture is Fedros Kavallaris (b. 1950):

Compositional directions drawing more widely upon international avant-garde tendencies (and popular musics) can be found in the work of Yannis Kyriakides (b. 1969):

And here is a diverse selection of popular music from Cyprus:

The artist Adamantios Diamantis (1900-1994) travelled around Cyprus to study many peoples, in a type of anthropological approach to painting, producing his massive work The World of Cyprus between 1967 and 1972, which portrays, and arguably celebrates, a traditional way of life. Here is an article on the work, with links to illustrations, and here is a news feature on the return of the work to Cyprus in 2013.

From a later generation, a more forward-looking approach can be found in one of the leading Cypriot artists was Stass Paraskos (1933-2014), who did spend most of his working life in the UK. Some of his paintings can be viewed here. Paraskos founded the Cyprus College of Art in 1969, which came to attract many international figures both to study and teach. 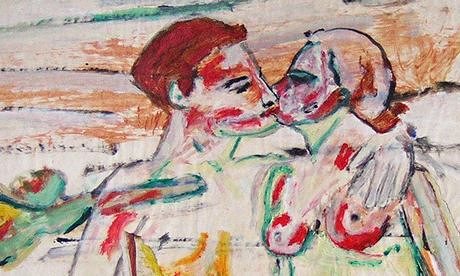 A very different type of work is that of Savvas Christodoulides (b. 1961), who manipulates everyday objects in distorted fashion. His website is here. 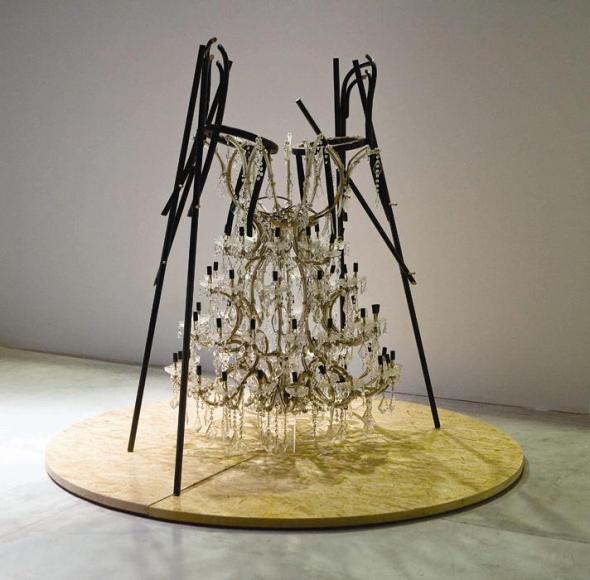 Another general article on Cypriot art can be viewed here.

Even more boundary-breaking is the work of Cypriot-born performance artist Stelarc. His work deals with robotics and bodily modification, placing cameras in his lungs, colon and stomach, and most notoriously  having an ear created from biocompatible material attached to his left arm. 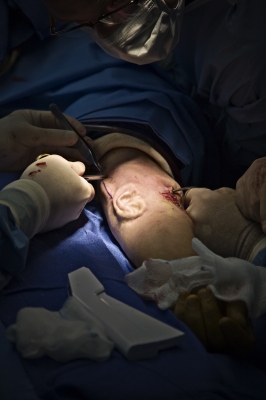 Here is the main website for Stelarc, and here is an interview with him:

And here is a film of his 1997 performance Parasite.

In 1970, the Theatre Organization of Cyprus (THOC or ΘΟΚ) was founded. This consisted of multiple ‘stages’: a Main Stage for large ancient, classical and modern plays, a New Stage: for smaller plays in smaller spaces, a Children’s Stage, and (of most interest to me!) an Experimental Stage promoting more radical new work. Here is an article on the playwright Giorgos Neophytou (b. 1946), influenced by Brecht, who worked extensively in THOC.

Here is some of the work of Cypriot theatre troupe One/Off, performing Cypriot work in Avignon in 2011:

There are two major studies in English of Cypriot cinema, which are the following: 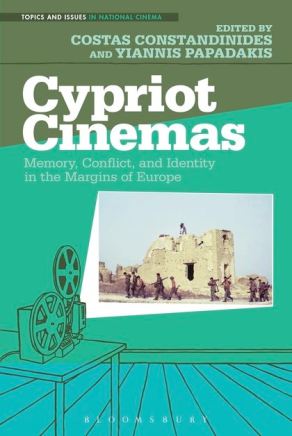 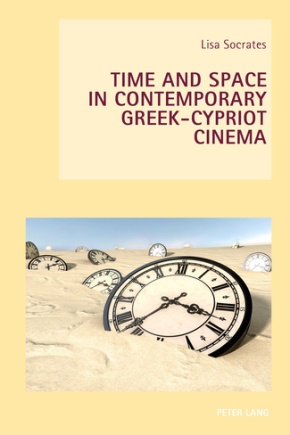 Little of the earlier wave of post-independence Cypriot cinema, such as the work of George Filis, Vangelis Oikonoimides’s O Paras o Maskaras/Money, Mischievous (1969) or Orsetis Laskos’s Diakopes stin Kypro Mas/Vacation in Our Cyprus (1971)  is available to view online.

From Turkish-Cypriot filmmaker Derviş Zaim (b. 1964), Tabutta Rövaşata/Somersault in a Coffin (1996), a film about a homeless criminal and a car thief, can be viewed in full, with English subtitles here:

Another film of Zaim, Filler ve Çimen/Elephants and Grass (2001)

A controversial film was Nikoladis Theodoros and Floridis Adonis’s Kalabush (2002), portraying the story of an illegal immigrant arriving in Cyprus, which he mistakes for Italy, but comes to inhabit a world on the margins of Cypriot society. 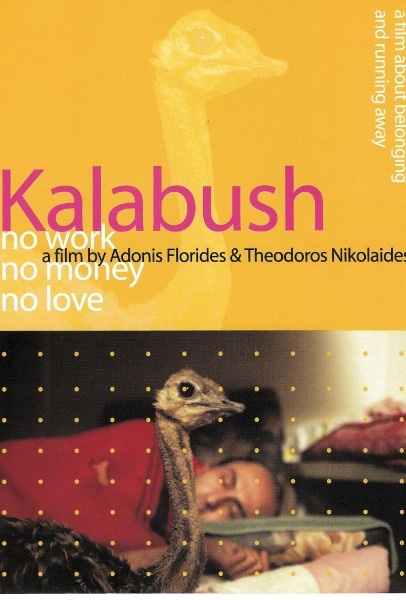 Equally controversial was Panicos Chrysanthou’s Akamas (2006), portraying a love affair between Turkish and Greek Cypriots (as in Neşe Yaşın’s novel mentioned above). 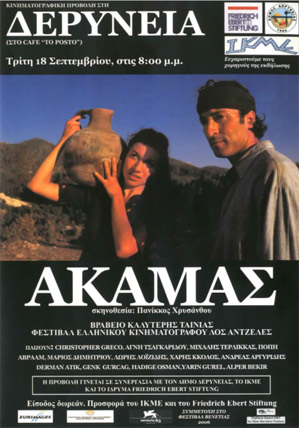 However, a collaboration between Chrysanthou and Zaim, the film Paralel Yolculuklar/Parallel Trips (2004), attempts to show the conflict in the island from both sides.

Finally, here is a selection of the photographs of Jack Iacovides: