← How PIE gets a cut of public money (22.03.81)
Geoff Baker on El Sistema: sexual and other abuse in an authoritarian, hierarchical, archaic music culture → 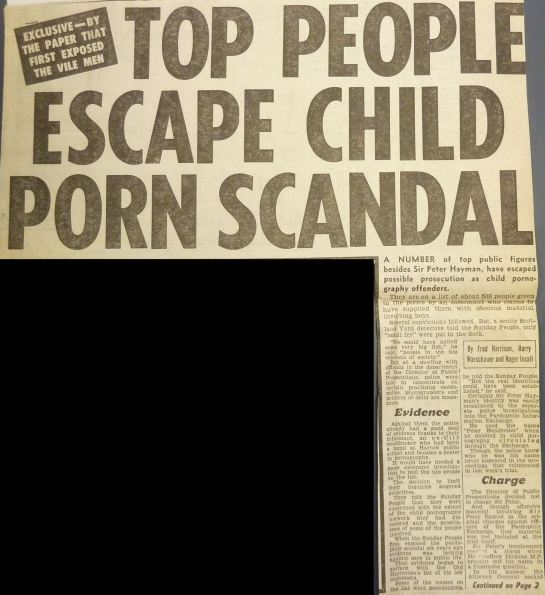 The same issue of the Sunday People carried this editorial: 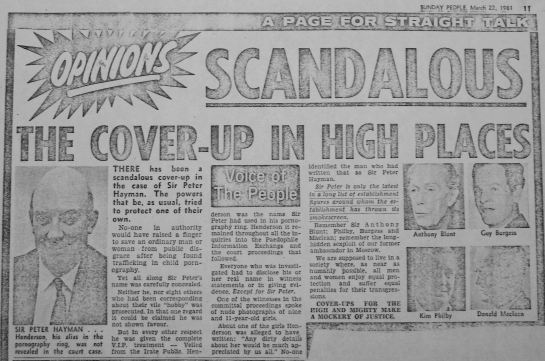 The ‘Old Harrovian’ who ran the paedophile mailing list which included many prominent people is almost certainly John Risely-Prichard, who was exposed in 1994 by Roger Insall, one of the three journalists who wrote the 1981 article. 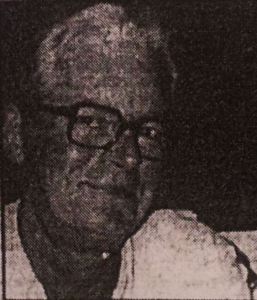 On 22nd March 1981, the same day as the Sunday People reported that public figures had escaped prosecution, the News of the World revealed that the Scotland Yard investigation into the Paedophile Information Exchange did not even ask the Royal Mail for permission to examine the post office boxes of PIE members.

Paedophiles hadn’t always been protected from investigation and prosecution. A 1978 investigation which centred on a magazine called Mailbox Boys resulted in dozens of successful prosecutions. This was a mainly London-based network which…