This is a timeline of the key news reports in the ‘Hayman affair’, in which Tory MP Geoffrey Dickens named PIE member Sir Peter Hayman in the House of Commons using Parliamentary privilege.

I’m looking for any information about the trial of two men who were part of Hayman’s paedophile network. They were said to have been “obsessed by the systematic killing by sexual torture of children and young people”. The trial took place at St Albans Crown Court in either 1979 or 1980 and they received a conditional discharge – see The Times 20.03.81 (last paragraph). 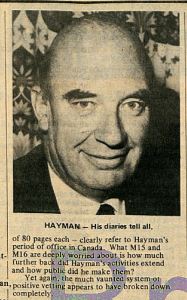 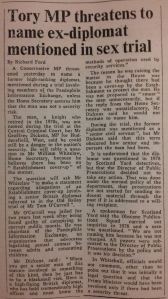 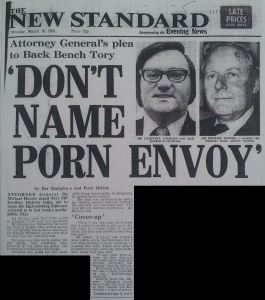 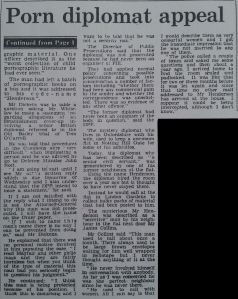 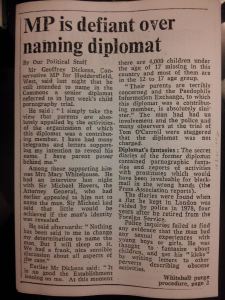 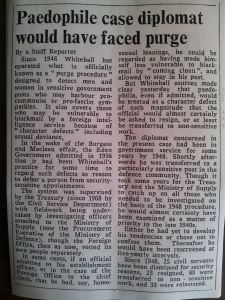 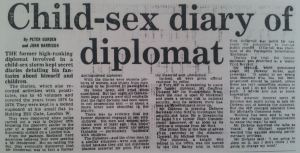 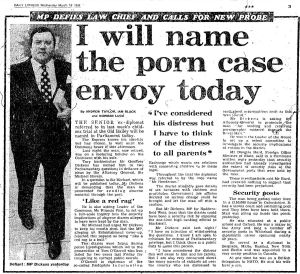 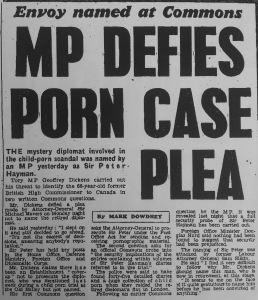